HomeHow to Resolve Conflicts with Your Co-worker 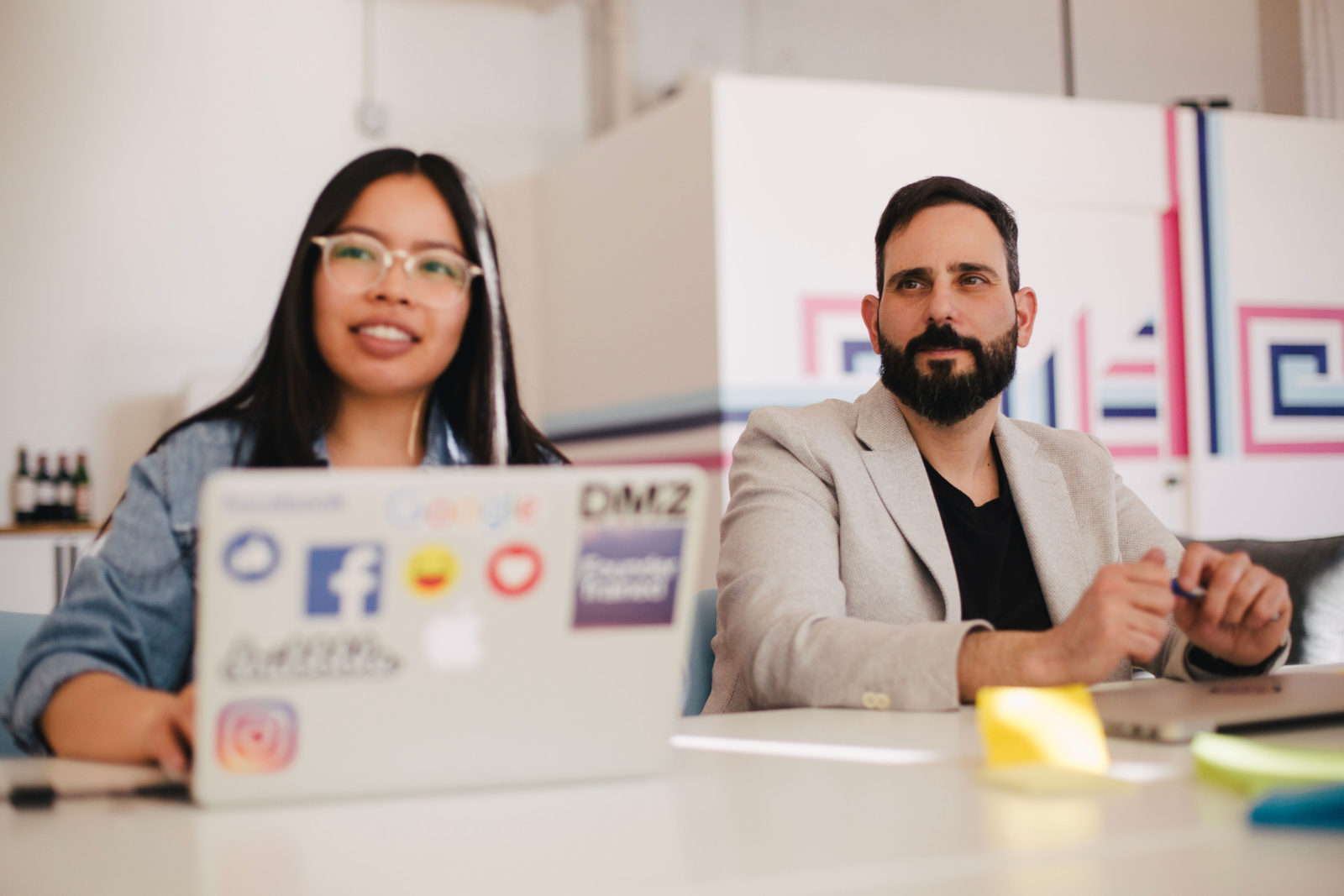 How to Resolve Conflicts with Your Co-worker

Published by: The Harvard Business Review

Differences of opinion at work are inevitable and often integral to innovation, problem-solving, and performance improvement. But knowing that most clashes have benefits does not make them any easier to manage. Disagreements with coworkers can be uncomfortable, and if handled poorly, result in unproductive and even harmful conflict. The good news is that, with a little planning, you can avoid a fight and find an answer that everyone agrees on.

What the Experts Say

Because most people are uncomfortable discussing differences, it’s rare that disagreements go smoothly. “Most conflicts are resolved through brute force or splitting the difference,” says Jeff Weiss, a Founding Partner of Vantage Partners, LLC and co-author of Harvard Business Review’s “Want Collaboration?: Accept and Actively Manage Conflict” and “Simple Rules for Making Alliances Work.” Unfortunately, this approach often means both sides are unhappy with the outcome. Having a productive disagreement starts with your mindset. “Assume you have something to learn, assume there is a more creative solution than you’ve thought of,” says Weiss. By entering the discussion with an open mind, regardless of your coworker’s stance, you are likely to find common ground. Of course, doing this right takes time and attention. Judith White, Associate Professor of Business Administration at Tuck School of Business and co-author of “Why It Pays to Get Inside the Head of Your Opponent,” warns that you should “expect to invest time and thought.”

Below are some guidelines to help you turn a negative situation into a positive one.

Being prepared for a dispute requires knowing your own position and trying to better understand your coworker’s. Before approaching your colleague, White advises you “know what your underlying intentions are.” Weiss identifies three types of differences between coworkers:

1. Substantive, in which you disagree over the content or task at hand
2. Relational, when the dissent is really about your relationship with your coworker
3. Perceptual, when you and your coworker are seeing the problem differently

Understanding this can help you approach the conversation with clarity. First, acknowledge the type of disagreement you are having and check with your coworker that he sees it the same way.

Regardless of the nature of the quarrel, try to leave your emotions at the door. “Disagreements are best solved through objectivity rather than emotions,” says Weiss.

Preparation also includes careful consideration of logistics. Schedule your meeting so you will have enough time to reach a conclusion. Be sure the conversation can happen face to face in a private setting. Don’t try to solve differences using email, which does not do a good job of conveying tone or nuance.

To start a difficult conversation the right way, it’s important for you and your coworker to identify something you agree on. This may be a common goal or a set of operating rules that you consent to. Try saying something like: “We both want to develop a plan that will take our company to the next level,” or “We said we would be thorough about this decision.” Be sure that the common ground is something your colleague genuinely cares about, and not something you think he should. Before moving on, check for your coworker’s agreement. You may also want to reassure him that you value your relationship. This will reassure him that your point of contention is not a personal one.

Hear Your Co-worker Out

Even if you think you already understand your coworker’s perspective, you should hear what she has to say. Ask questions that help you fully understand her point of view and determine whether your disagreement is a function of differing interests or differing perceptions. According to Weiss, this requires that you “stop figuring out your next line” and actively listen. Don’t just hearing her story but take it in as well. Remain open to persuasion since your coworker’s explanation of her side may uncover an important piece of information that leads to a resolution. For example, if she says she is just trying to keep her boss happy, you can help her articulate how a resolution is aligned with her boss’s concerns.

Once you’ve heard your coworker out, share your own story. This should not be done in a “point, counter-point” way, but should focus on helping your co-worker to see where you’re coming from. If she challenges your interpretation, let her vent and express her frustration.

When all data is on the table, offer a resolution. Don’t propose what you walked in the door with but use the information you gathered during your conversation to come up with a better solution. Say to your coworker, “You’ve said A, and I’ve said B, perhaps we can consider solution C.” “Don’t assume a combative stance,” says White. If he isn’t happy with the solution you’ve put out there, engage him in a problem-solving process to come up with a result you can both live with.

When it goes badly…

Even with a well-thought-out approach, some disagreements turn ugly. “Most often these conversations turn into battles when it gets personal,” says White. If your exchange becomes heated, bring the conversation back to your shared interests or goals. Re-focus the dialogue on the future. “You can’t resolve a battle over a problem that has already happened, but you can set a course going forward,” says White.

If your co-worker is antagonistic or aggressive, it may be best to take a break from the conservation. You can either literally step out of the room or pause mentally pause to observe the course of the conversation. This “outsider” observation can help you gain perspective on what’s really going on. You may also try changing the process: step up to the white board, take out a piece of paper to brainstorm, or even offer to continue the discussion over drinks or dinner. This can help to alter the dynamic that’s developed between you. If all else fails, withdraw and find a third person to mediate.

Case Study: Reframing the disagreement as an agreement

Andrew Lund is a professor of film and media at Hunter College in New York. His department, like all departments at Hunter, is assessed by an external reviewer every eight years to help the university allocate resources. Last year, the department received a glowing evaluation. However, the reviewers said in their report that film and media’s graduate program was taking valuable resources away from its undergraduate program.

Andrew and his colleagues knew that this would upset graduate program professors. Before long, they began to hear rumors that these colleagues were planning to repeal the report. Simon (not his real name), one of Andrew’s coworkers, a leader in the film and media department, felt that the group should remain silent on the issue, neither endorsing nor distancing themselves from the report. According to Simon, they weren’t responsible for what went into it especially since no one in film and media had expressed that opinion during the review process.

Andrew believed that remaining silent would only infuriate the graduate program professors. “The only thing it would do is create suspicion and competition between colleagues,” he said. With a faculty meeting looming, he knew he had to resolve the conflict between him and Simon and align the department. After listening to Simon’s view, he told him that they both wanted the same thing: funding for the department and a good working relationship with all their colleagues. He said he believed that their disagreement was procedural more than anything. Andrew explained that speaking up would show support for graduate program faculty and put film and media in a position to dictate further funding terms.

He proposed that they make a motion at the beginning of the faculty meeting to rescind the section of the report without taking accountability for it. After hearing Andrew out, Simon agreed to go on record that the review didn’t reflect the department’s views. “Not only did we solve the conflict, we won goodwill,” the team was triumphant!

Patrick Cioffi is the founder of Inspired Mediation & Arbitration Services (IMA) and is a Florida Supreme Court Certified County Mediator and a Florida Supreme Court Qualified Arbitrator. He is also trained in Circuit Civil, Family and Elder Care Mediation as well as Conflict Resolution. The firm is committed to providing exceptional professional services to assist parties to maximize the ultimate benefit of mediation, as the parties are in control of the outcome. Mr. Cioffi is effective in working with people and their attorneys to evaluate their positions, explore viable agreement options and create solutions that are mutually acceptable and agreeable to the parties. He is a career businessman with expertise in Contract Negotiations, Corporate and Organizational Development, Sales, Marketing, Intellectual Property, Business Strategies, Finance, Technology Solutions and Computer Software Logic. In addition, he has operated in 23-vertical markets including but not limited to, Hard-goods, Soft-goods, Construction, Tenant/Landlord, Business, Publishing, Finance, and Corporate and Employment disputes. Due to his more than 45-years of business experience, he brings to the mediation and arbitration process an understanding of the issues, concerns, and complexities inherent in business matters. His hands-on and unbiased approach combined with impeccable listening skills gives him the unique ability to zero-in on the root issues. Thus, saving valuable time and money on the part of the parties. His view of a successful negotiation and conclusion of all matters is when both people agree and walk-away feeling that they have accomplished their goals and have resolved their issues, respectfully.